Here are my favorite plastic engineering news stories this week:

>Anton Willis came up with the idea of a collapsible kayak when he was living in San Francisco.  His apartment was so tiny that he had to keep his kayak in storage-which meant going to pick it up and then returning it every time he wanted to spend a day on the water.  Pretty annoying, right?

Inspired by Japanese Origami, Willis developed the Origami Kayak, called Oru.  The Oru weighs only 25 lbs and folds into a 33 inches by 29 inches by 10 inches carrying case.  You can also buy a special paddle that breaks apart and fits into the kayak carrying case.  You can even store extra stuff in the case-like a life preserver.  That’s some amazing plastic engineering, right?

Willis started developing the Oru by using paper to make models.  When it came time to start building functional prototypes, Willis knew he needed a plastic engineering material that was flexbile like paper while being water, salt, and UV proof.  He also need a high strength plastic that would tolerate being folded and unfolded frequently.  In the end, he chose a corrugated plastic called Coroplast®.  In testing, the Coroplast® prototype showed no significant damage even after 20,000 folds.  Even if you kayak every day and put the boat away every night, your boat will still be standing strong in almost 55 years!  Pretty impressive.  Another advantage of the material is that it’s easy to print on using screen printing, allowing each boat to be fully customizable in terms of branding and design.

Watch a guy unfold the carrying case and set up the kayak:

Willis raised the money he needed to fund his plastic engineering project on Kickstarter back in 2012.  He easily raised the funds he needed in only 5 hours.  While that video looked a tad complicated to me the Oru appears to be a hit.  Their website says the Oru is backordered for the next four months!  Check out the original article here.

But how, you say?  As much as I’d love to tell you the scientists explain it way better than I could in this short video.

As you can see, it’s not really a helmet so much as a neck brace with an air bag built in.  The collar itself is fabric and can be changed to keep in tune with the seasons.  The air bag itself is made of a very strong nylon fabric that won’t rip, even when dragged across asphalt.  When inflated, the helmet is as strong as a standard regulation bike helmet.  Plastic engineering meets fashion!

Do you want one yet?  Check out their webite here.  Also view the original news story here.

We’ve said it before and we’ll say it again-plastic engineering is the future of the automotive industry.  Here’s a good example.  BMW’s new electric car, the i3, goes on sale today in Germany.  It’s the first car to be largely made up of carbon fiber reinforced plastic.

The car uses the carbon fiber for the passenger area and then has an aluminum covering for the exterior and battery cover.

The tiny carbon fibers are thinner than a human hair but stronger than steel.  They are created from acrylic threads that are toasted until nothing remains but carbon atoms.  The long spools of carbon fiber are filled with liquid plastic to make a solid material.

One of the major differences between the resulting reinforced plastic and metal is that, while the plastic can bend a little, it will ultimately snap.  Damaged sections need to be replaced.  They can not simply be bent back into shape.

The major motivator for BMW in creating this car appears to be its comparative light weight.  BMW is famous for making fast, sleek sports cars that can reach triple-digit speeds within seconds on the German Autobahn.  Consumers complained that electric cars were sluggish due to the extra weight of their heavy aluminum battery casing.  The carbon fiber reinforced plastic frame of the i3 enables the car to be 20% lighter than the current electric car best-seller, Nissan’s Leaf.  Also, BMW anticipates that the lighter car is a step in the direction of continuing to meet increasingly stringent fuel emission requirements.  Check out the original news article for this story here. 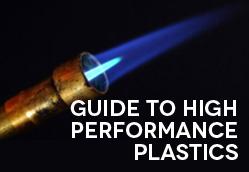